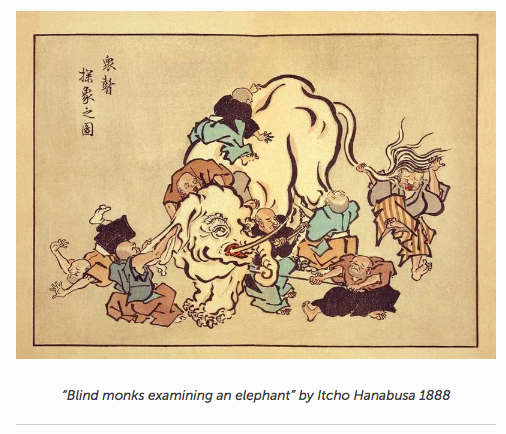 The parable ends as follows:

“And so these men of Indostan

Each in his own opinion

Though each was partly in the right,

And all were in the wrong!”

There are few domains with as much noise and chatter as investing. Every day you’ll hear some expert’s opinion on the trade war, yield curve inversion, or whatever the flavour of the month is. Much like the six blind men in the parable, these opinions often have a grain of truth, but they are incomplete because the pundits tend to have major blind spots (pun intended) in their understanding of the world.

So the next time you read that so-and-so is predicting a recession or making a stock pick, remember that they probably haven’t seen the whole elephant!